letterbox with a difference 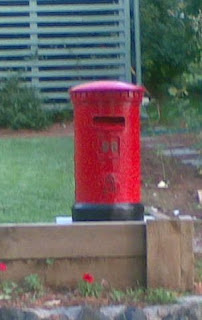 Posted by kexkez at 9:55 PM No comments: 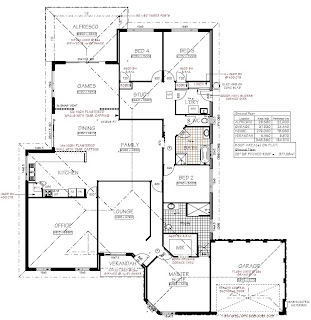 This is the design we are planning on. Assuming the final price isn't something too far different from what we've been told. Waiting on site engineer reports atm.
Posted by kexkez at 2:02 PM No comments: 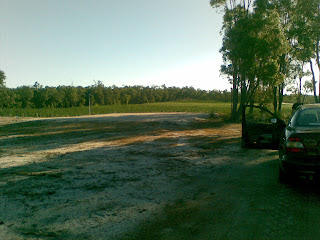 This blog is going to be about building our new home..


By mid last year we were sick of noisy , inconsiderate neighbours, city traffic and the increasing news stories of aggression and general unpleasantness of living in a city. Admittedly Perth is not anything like a big city but hubby and I had both noticed how much it had changed over the last 10 years. We had lived very happily in the suburb we were living in. In a home we had built almost 20 years before. But the suburb was changing. It had been a new suburb. We'd moved there when there were almost no other people living there. Living with almost no local facilities etc and now it was a thriving suburb and a city hub of it's own. The local small shops had become grotty and started getting a few lurkers. The main shopping area midway through some massive renovations taking it to immense proportions.
Don't get me wrong. We loved the local Primary school and had some great friends living nearby and I do miss the ease of living there. but.... The house was getting to the stage of needing some renovation. We were starting to see some flaws in the block that we hadn't considered a problem before and we realised we couldn't really afford to build ( not that there was any land) in Perth again without moving further out of suburbia and potentially finding the same neighbour hassles some time down the track. We considered ways to solve our neighbour hassles by renovating but none solved the other problems we could see with the block and house design that would have meant we needed to move sometime in the future anyway. Buying established and staying in the same suburb would also have meant a downgrade (which we didn't want ) to a huge mortgage with a property that would also have needed renovating. I'd been mad keen to build again for a number of years but there were no new building blocks in the suburb and there had so far only been 2 houses demolished for rebuilding since the oldest houses in the area were only 20 years old.
So we decided to try and move out of the city and head south. Hopefully to a larger block with a bit more distance from neighbours. Hubby wasn't too sure about living on acreage though so that was unlikely. We'd always loved holidaying in the southwest and had considered moving down south before but timing had not been right.
So last July we traveled down south and investigated potential places to live. Our first choice was Donnybrook. After visiting for the first time. yes first! Day 1 hubby wasn't so sure. Day 2 he had a rethink and decided it was just what we were looking for and the dream began. 2 weeks later I put in for a job transfer to anywhere within 60 kms of Donnybrook. Everyone at work told me I had no chance of a transfer but in October we heard I'd been transferred to Bridgetown. ~57 kms from Donnybrook, for the School year of 2008. One of the first things I started doing was looking at building designs and of course modifying them. I just couldn't help myself.

Then began the frantic job of searching for somewhere to live in Donnybrook and preparing our house to sell. This was not an easy task as there were NO rentals available. For a while it seemed we'd have to buy a house to live here or take the Government employees house being offered in Bridgetown but we were determined to live in Donnybrook. We had until early December to decide or we'd be too late to take up a Government employees house. Luckily a rental house came up in the first week in December and we are able to get it.
We worked on the house from July after we decided to move but only started seriously improving things from late September. Tidying up , repainting, repairing, minor plumber work and eventually doing up the front garden area and tidying the back yard. House went on the market just as prices were beginning to fall. A week before Christmas, as we'd been advised to wait until after things settled from the Federal elections. We moved on January the 5th. Our
house was still unsold but the following week one of our neighbours put an offer on our house. This neighbour has a noisy pool pump with an echo problem that vibrated through the floor and into bedrooms and bathrooms when ever it was turned on. 'Unfixable" ( yes I know it's not a real word but it fits perfectly) except by blowing up her pool. :) not something we could really do. Yes she had tried to sort out the problem. But trouble was it couldn't be heard outside the house. There was nothing that could be done. I guess she can has the problem of what to do about it now as she's bought our house as an investment property.

As soon as we heard we had an offer on our house we put an offer on some land. The house sale went through. We've now bought 3/4 of an acre in town.So here we are. Living in Donnybrook and paying rent. Quite a lot of rent for a very small country town. But it's an owner's market. There have been a couple of other rentals come up since for slightly less but they weren't available at the time and it wouldn't be worth us moving now. Everyone at my new school is amazed that I travel the distance each day and can't get why I didn't take a subsidised Gov. employees house in Bridgetown. Hubby would love me to try and transfer closer this year but the school has spent money getting me up to speed with certain policies and things they are using. I feel I should stay a while. Also the odds of getting anything closer are pretty much nil and I don't want to put offside my current boss for a pretty much zero chance of moving.
Posted by kexkez at 11:02 AM No comments: